It was 1863 when a lone highwayman stepped out to stop the stage near Double Springs, Nevada. Whether it was sheer luck or courtesy of an inside scoop, the robber hit payday: the heavily-laden coach was carrying some $17,000 in gold coin on its route between Aurora and Carson. 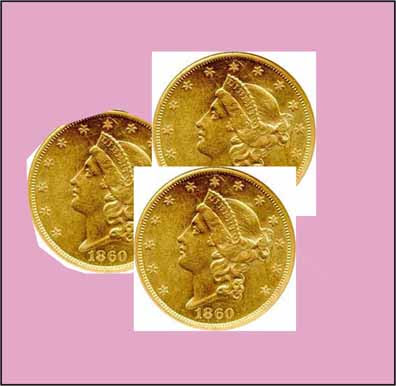 Naturally, the robber couldn’t get too far hauling all that gold! But like all good criminals, he’d thought ahead:  he brought along a shovel.
And somewhere in the flats not far from Double Spring, the robber dug a hole and buried his loot.

The authorities, of course, were hard on the robber’s heels. Before long, he found himself cooling those heels in Nevada’s state prison. There the bandit finally died. And although he kept his secret almost to the end, on his death-bed he finally described the spot where he’d buried all that loot he couldn’t take with him into the next life.

According to the robber, the spot where his loot was buried was near a small cabin south of Double Spring, roughly a mile and a half north of another old way station called Mountain House. Many looked for the treasure through the years, but none have yet found it — and not for lack of trying! “The ground in the vicinity looks like an artichoke patch deserted by a drove of swine,” the Genoa Weekly Courier observed in 1891.

In 1891, Genoa resident Henry Rice “saw” the spot where the treasure was hiding in a dream. Dragging along friend William Parsons and several young ladies for company, he eagerly rushed out to identify the spot. The prospectors’ hopes were soon dashed when they discovered that there were, sadly, “a hundred places that looked just like the one revealed in [Rice’s] dream.” By way of consolation they continued on to Walker River, where they settled for the ‘treasure’ of a grand picnic lunch. Others, too, would try their hand at finding the robber’s loot through the years. One local named George Dale was said to have “dug up a good-sized ranch in the vain effort.” Charley Holbrook was so convinced his divining rod had pinpointed the loot that he dug a 28-foot deep shaft before finally concluding that he must be in the wrong spot.

All of which is, presumably, good news for modern-day treasure-seekers!  That is, if you believe the old legend, the lost stagecoach gold must still be there somewhere not far from Double Springs.

(In case you happened to miss Part 1 and Part 2 of this story about Double Springs, just click these links to read them!)