There was a certain “ambivalence” toward prostitution in Carson City’s early days, notes historian Peter Mires. Everyone knew it was happening, but — talking about it? That was a no-no!

And some fascinating history was made by what didn’t quite make it into the record books!

Practice of the world’s oldest profession in Carson City was hardly a secret. An 1875 ordinance even helpfully set aside a three-block stretch along today’s Curry Street (between Second and Fifth Streets) for “bawdy houses” or “Houses of Ill Fame” — which evidently were thriving there. (The thriving went on for decades . . . several brothels, notes Mires, continued to operate a mere two blocks from the Capitol building until finally closed at last in 1942 by “federal order.”) Carson City wasn’t alone, of course. When census takers made door-to-door visits through Nevada in June, 1870, one home was found to include 17 women, all tactfully identified by the census-taker as employed “keeping house.” (This particular house also included a single male occupant who, as historian Raymond Smith charmingly expressed it, “must have been happy, indeed.”)

Other census-takers were less discreet, however. Some forthrightly noted the presence of Chinese prostitutes and “hurdy” houses. When those census notes were shipped off to Washington, a delicate dilemma was raised: exactly what category of employment should be used to account for these not-so-domestic women?

According to Smith, the question was gently finessed: “prostitutes, courtesans, harlots, etc.” were simply added to the job classification for ‘cotton and woolen mill operatives.’

A different euphemism similarly came to the rescue when detailed maps of the streets in Carson City’s red light district were prepared for the Sanborn Fire Insurance Company in 1885. During the mapping, some area brothels were conveniently disguised by the accurate but vague legend: “Dw’g” (dwelling).

At least one larger structure of the day, however, bears the mysterious label: “Palace.”

Located at the southwest corner of West Fourth and Curry Streets (then Ormsby), this building was owned in 1885 by Mary Ann Phillips, who had purchased it in 1874.  According to Mires, the term Palace “can only mean one thing — a high-end  brothel.” A palace of sorts it must have been indeed to warrant the distinction!

And a fine bit of history to keep in mind the next time you study a Sanborn map.

Many thanks to historian Peter Mires for the inspiration for this fine story! The tale of the “Palace” (and many other fascinating bits of history) can be found in his new book, “Lost Carson City 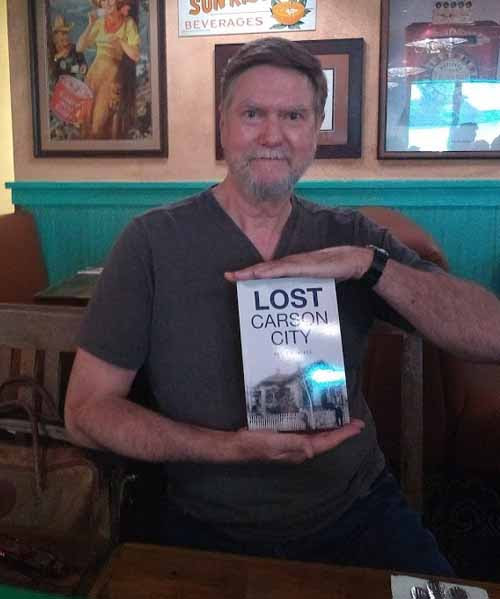