I was so excited to “meet” this memoir author on Facebook recently, and wanted to share her story and tips with you! Hope it inspires your own memoir writing.

Author Fran Macilvey has not just one inspiring memoir book under her belt, but three. Her first book, Trapped: My Life with Cerebral Palsy, a gold medal winner, was an Amazon international bestseller after its release in 2014. And Fran kept on writing. Her second book, Happiness Matters, followed in 2017. And she’s just come out with a third, Making Miracles — a joyful journey of self-discovery and a guide to finding happiness and fulfilment even after a lifetime of mistakes.

Fran kindly shared a Q&A with us. I hope you’ll be inspired by both her personal journey and her sage memoir-writing advice! 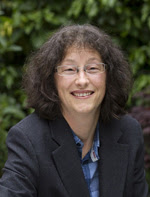 A quick introduction:  In 1965, Fran was a miracle baby — an entirely unexpected and premature one. Fran made her surprise debut in the Congo, where her father was serving as a Belgian diplomat. Although Fran’s mother knew she was pregnant, she had no idea she was actually carrying twins. By the time doctors arrived, Fran — the second and unexpected twin — had suffered permanent damage. She entered the world with a battle on her hands. She had cerebral palsy.

When Fran was seven, the family returned to Scotland. At age ten, Fran and her sister were sent off to boarding school. For the next eight years, she watched from the sidelines as other kids romped and played. A series of orthopaedic surgeries only added pain to an introverted, unhappy childhood. “My juvenile hurt turned into adult anger, self-hatred, and suicidal depression,” Fran recalls, “until the day when someone saw past my limitations.”

Luckily for her readers, Fran’s painful early life launched her on a journey of introspection and eventually joy. And, oh yes, along the way she also became a lawyer, practicing as a solicitor for ten years. Fran now lives in Edinburgh, Scotland with her husband and daughter. And she’s still writing books, with a trio of novels about women and their encounters with the law currently in the works.

Q&A With Fran:
Q:  Your first memoir, Trapped, tells the poignant story of your early life and what it was like growing up with a disability. How did you get started writing your first memoir?
A:  I decided, one day, simply to sit down and type. It wasn’t as easy as it sounds. My daughter had started school and I had time, so I basically ran out of excuses. I started by writing the first thing that came into my head – a scene of my parents at a party in Congo – which I more or less wrote as it came to me. When my father read an early draft of Trapped he made some really helpful comments. I guess if I were to offer your readers any suggestion it would be to start anywhere – beginning, middle or end. Your work will take you where it wants to go, eventually. Enjoy the journey.

Q:  And then you wrote Happiness Matters. What did you learn in writing Trapped that got you interested in writing a sequel?
A:  The first book ends with a question: “So I’m still here, what next?” The second sprang from the question, “So you want to live the rest of your life in peace? How about starting now?”
I wound up actually writing Trapped and Happiness Matters at roughly the same time, which helped me to finish both books. I would have quit writing Trapped – it was so hard – if I hadn’t constantly been reminded that happiness matters. Ultimately, I finished writing Trapped because I knew that achieving that would make me a happier person.
In writing Trapped I also realised that life doesn’t simply stop when we arrive at the end of a story. There is always more to aim for — in my case, happiness. Trying out so many different approaches to happiness took me years. Some theories didn’t work, others have more than rewarded me, which is why Happiness Matters took about ten years to reach publication. And my third book came from the realisation, “There’s more to life than this, people!”

Q:  I love your most recent title: Making Miracles — what will readers find in the book that might be helpful in their own life?
A:  I’ve kept a dream journal for about twenty years and it has become increasingly clear to me that when we listen to our dreams, record them, and re-read them, we can learn a lot about how life works, what it’s for, and about particular messages that will help us. The examples I have shared in Making Miracles are those that I hope have a wider resonance. Realising that there is a lot of help available to us, and that we can ask for it anytime, helps us to live life more bravely and with purpose.

Q:  Tell us a little about how you got your books into print.
A:  My first book, Trapped, is published by Skyhorse, a mainstream publisher based in New York. The next two I published myself because, by the time I came ‘round to write them, my commissioning editor had moved on. That happens a lot.
Self-publishing is interesting to learn about. And there is so much to learn, not only because of the plethora of choices available but also because we all want different things and have different strengths and weaknesses. I’m no good at cover design, but I don’t mind doing editing, for example. I found some really good professionals who have helped me. And yes, it was daunting to start, but if it’s broken down into small steps, it’s easier. (And we learn so much from it.)

Q: What advice in a nutshell do you have for people wanting to write their own memoir?
A:  We should aim to be as honest as we can – not cruel – and we should try to write only our own story. Where we have to borrow from the lives of others, we should try not to trespass on other people’s ‘life-lines’ more than absolutely necessary.
I make a distinction between early drafts of a memoir, which are essentially private affairs in which we may have to write down everything about everyone without apology; and much, much later drafts that we hope might be read by other people. The first part of writing everything down is valuable therapy, perhaps; the later version is cooler, a more-presentable version that others may find interesting.

Family members in particular, deserve their privacy. In the final versions of what we write, we can offer that privacy and still tell the truth about our own lives. We can be respectful, and it helps when we are at least as hard on ourselves as we are on others. A life story should have enough going on in it so that we don’t need to dramatize or exaggerate. And if not, we go out and live some more!

Find Making Miracles and Fran’s other books here at Amazon.com!