Some stories just grab your heart and demand to be shared. Dream of the Water Children is one of those special books.

Author Fredrick D. Kakinami Cloyd was kind enough to share some thoughts about his new memoir that I hope will inspire you.

Fredrick was born in a small town west of Tokyo to a Japanese mother and an African American serviceman father stationed in Japan during the Korean War years. His father finally was able to return in 1963 and brought Fredrick and his mother back with him to the United States. Fredrick grew up with a foot in both worlds —  a “cultural drifter,” as he puts it, not entirely at home in either Japanese or American culture.

Fredrick’s journey to complete his memoir spanned more than 30 years, with lots of “bumpy starts and stops.” He finished the first draft of his manuscript while living in a homeless shelter in San Francisco, and later completed his Master’s degree at California Institute of Integral Studies.   He became a serious practitioner of Zen Buddhism, spending years in a monastery. And he’s been head coach and director of several highly-ranked Junior Olympic volleyball clubs. His lyrical memoir is finally out — just published by 2Leaf Press and distributed by University of Chicago Press in April 2019.

“My book wasn’t just about me,” he says. “It was about all the water children.” Stay tuned, and he’ll explain.

Q&A With Fredrick D. Kakinami Cloyd:
Q:   What made you decide to write your memoir? Did it help you come to peace with some of the difficulties you’ve lived through?
A:   Well, it was an organic process that came in steps. I had the idea to “perhaps” write a book on my family history, back in 1983. I kept taking notes on conversations and memory here and there, and attempted a few times through the decades, to write the book. I had another name for my book, and decided it was too “victim-oriented” and I wanted something different from the regular memoirs I had read at the time. But I didn’t know what this “something different” meant or what I was going for yet. It wasn’t until 1997 or so that I started writing in earnest, when some friends of mine in Seattle, where I lived at the time, urged me to take myself seriously. They even set up a time for me to give a public presentation. I thank them profusely now. They recognized the potential of a book from me before I did. At heart, I felt unready — not shy or unconfident, but that the form I had been thinking about wasn’t quite right.

There were times in the writing that were harrowing, when I wrote through tears. From 1983 to the 2000s it was starting and stopping, reflecting, re-writing. But in the mid-2000s, I finally sat down and wrote the final form of the manuscript I would query publishers with. That was an intense process of focus, with some welling-up of tears and happiness at the same time.

In the end, I would say that the entire decades of writing did help me to heal. Some memories came back that I had forgotten or repressed. Some memories were embedded so strongly in my body-mind that I was glad to write them out. I struggled sometimes with structural and language issues, getting the right language, feel, structure, and also the timing (how and when the ‘event’ or memory would show up in my book). The question of why I’m writing about a particular event for a public to read, that was the biggest concern with everything I wrote in the book.

That was healing. It was a great catharsis, and not just for the little boy in me that needed to confront childhood trauma and the ongoing adult traumas that we men are “supposed to” hide and get over in the United States. It was healing also on the level of why I was writing the book — which is for issues of social justice to be touched and introduced and engaged. For me, this is the interplay between myself and the reader in the book — and what I’m hoping will be some of the take-away that readers get.

Q:  I love your title, it’s so evocative. What is the reference to ‘water children’ about?
A:   Several things went into this. In the 1980s I was thinking about a different title for the book — but it was more what I felt to be victim-oriented, a kind of “me and my mother against the world, time, and history” thing, which I needed to get away from. I wanted it to be more reflective of my hopes. Those hopes were not about everyone coming together and singing “Kumbayah” together and loving each other. That kind of romanticized notion of “peace” would be a disservice to myself and others who understand life to be diverse, and thus multi-faceted and too complex for there to be some unified living-together without problems. Instead my vision of peace was more about how to live, how to negotiate across our differences as persons, communities, genders, ages, various sexual and racial and national identities, and about facing our histories and power relations.

So in the end I decided my “memoir” would be more of what I call an “anti-memoir.” As I sat down with all this and thought about the title, I couldn’t immediately come up with anything, and went to bed. In the middle of the night, I came up with this title. This story is actually told in the beginning of my book.

The title comes from a Japanese term, mizuko. Its characters mean “water child” or “water children.” It is a common name for females in Japan. But also, and more to the point, it is a term that was used in the postwar period for an aborted fetus, or dead fetus. Sometimes it is also extended to dead young children. And it is also sometimes used to refer to the mixed-race babies fathered by American and Australian soldiers and other Allied Occupation forces in Japan who were aborted or killed after birth by mothers, relatives, neighbors, etc.. As people might not know, there was an abandoned gravesite discovered in Yokohama prefecture in the 1990s, which contained over 800 mixed-race babies that died of starvation, killing, disease, etc.. That was just in one city. So one can imagine how the statistics that we see today about the numbers of mixed-race babies born in Japan from 1945 to 1955 are not accurate.

There are religious ceremonies (primarily Buddhist) that have special temples, shrines, and ceremonies connected to water children. There are also Japanese Buddhist statues depicting the guardian of the young, which is also connected to this concept. During the occupation, the United States prohibited all indigenous religions in Japan. For grieving mothers who had lost or aborted a child, it was a relief when these ceremonies were finally allowed again.

So my book is a dream for the world that the babies in the other world (the dead) would conjure and wish for. It’s a wish for better understanding and new ways of thinking through our issues in the world, towards something better. It is also an acknowledgment that we, as humans, care for the lost dead children. So thus, the title. It came in a dream.

Q: You are fortunate to have University of Chicago Press now as your distributor. Do you have any advice for other memoir writers who might be seeking a publisher?
A:  Don’t depend only on queries! I initially sent out about 10 to 15 queries to various publishers, asking if they might want to publish my book. About seven wrote back. The others never replied. All seven rejected my manuscript.

I wasn’t sad. I was expecting this to happen. It happens with all authors to one degree or more, and especially with books written by people of color. Cultures differ and the way we express ourselves may not fit into the mold of the largely white establishment that controls the language and structure of what gets out and how and when.

The criticisms that they had on my manuscript were actually not a surprise. All of them said: “Your manuscript is beautifully written but we don’t know what to do with it because it doesn’t seem to fit into an established category.” Of course I was miffed, but not surprised.

But out of the blue, a publisher I had not heard of before contacted me. She said she was interested in my book after reading my online posts. She had read some of my excerpts and blog posts on different sites. So if I have any worthwhile advice for writers of memoirs, it is to put yourself out there online. In my case, it was solely from creating my blog and also writing on other sites about my identity as a mixed-race Japanese, a military “brat,” and about my blackness — it was my work and interviews online that attracted the publisher.

Q:  Do you have any advice to share with other memoir writers? Any suggestions about the writing process?
A:  I think the main thing I can say to other writers is to not be so concerned about your writing process, and to do what you think would work and be willing to experiment. I did not attend writing classes or anything like that, though I did belong to a couple of Asian-American writing groups that helped me for awhile. Then they became what I felt to be ridiculous and so I left them. I had to believe in myself.

It could take a year to finish your memoir, or three decades, like my own process. Trust yourself, but make no excuses when it comes to intention. Sometimes intention goes underground and it is important to be sure you know what it is. Our stories and memories will come out differently depending on *why* we are writing our memoir.

For me, it was about social justice. So I needed to learn about how to express myself towards that goal without sounding like the “good vs. bad” moralizing that kind of dominates social justice writing — which I do *not* agree with. My point is that we have to think about the why’s as well as  the how’s a bit.

Don’t expect it will come out perfectly at first (remember, I took three decades). Just continue to hold your book in your heart and write on it when you can and feel like. Don’t hold back or censor or edit until you have the bulk of the book or the entire first run completed. Censorship can ruin things. Afterwards, we can edit. Censorship often plays into perfectionism and fear, and I notice that in alot of memoir writers *before* they even begin. Just do it! Hopefully this helps. 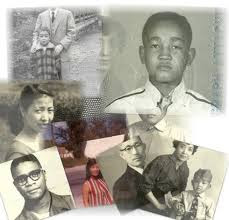 or through University of Chicago Press: https://www.press.uchicago.edu/ucp/books/book/distributed/D/bo40168789.html