Sure, you’ve probably heard of Lillian Virgin Finnegan — one of the founders of the famous Genoa Candy Dance! But here are a few things you probably haven’t heard about this hometown Genoa gal.

Lillian was born in Genoa on October 6, 1878, to parents Daniel W. Virgin and the former Mary Raycraft. Older brother William had arrived in 1871, and sister Ellen in 1873. So when Lillian put in an appearance five years later, she was the “baby” of the Virgin family.

Lillian’s father was known to just about everyone as “Judge” Virgin. But here’s a tidbit of history I didn’t know: the good Judge wasn’t actually a judge for most of his long legal career! Sure, he served as the first elected judge in Douglas County, from 1865-66. But the vast majority of his career was actually spent as District Attorney. Virgin served in that capacity in Nevada’s Territorial days (from June 2, 1863 until Statehood arrived in 1864); and went on to serve an amazing eleven non-continuous two-year terms as D.A. beginning in 1874 and ending in 1910. (And by the way, Judge Virgin was no quitter; he actually sought re-election to the post of D.A. four more times after 1910, losing each time to F.E. Brockliss.)

As an attorney, Virgin had a hand in some of the most prominent legal battles of his day. Remember the famous 1870s water-rights case in which Henry Van Sickle sued J.W. Haines over the water rights to Daggett Creek? Representing Haines in that epic battle was none other than Daniel Virgin, whose vigorous defense propelled Haines to victory in 1872 before the Nevada Supreme Court, based on the doctrine of riparian rights. (It would be a short-lived precedent, however, quickly reversed in favor of the “doctrine of prior appropriation.”)

Lillian grew up in Genoa’s Pink House, purchased by her father from merchant J.R. Johnson in April, 1884, when Lillian was about five years old. Johnson himself hadn’t built the Pink House (at least most of it); the central two-story portion is thought to have been built back in 1855 by Martin Gaige for John Reese, near Reese’s grist mill on Mill Street. (Judge Hyde himself is said to have met assembled Genoans in this same house when he arrived to organize the first local government!)

In 1870, Johnson purchased the former Reese house and had it moved to its current location on Genoa Lane. And Johnson, it’s said, was also the one who first had the house adorned with its signature “pink” paint. And finally, in 1884, Judge Virgin bought the Pink House from Johnson.

Prior to acquiring the Pink House, Judge Virgin and his family had been living in a sturdy brick house on Main Street that Virgin had owned since March, 1869 (the very same brick house, by the way, that had formerly been owned by the ultra-unlucky Lucky Bill Thorington). We don’t know exactly why the Virgins decided to move in 1884. But we can hazard a good guess! One gigantic hint: the Avalanche in the winter of 1882 had swept away two houses located just above the Virgins’ brick home, depositing a pile of rubble and debris in their back yard. That likely unnerved Mary Virgin just a tad, and might have helped prompt the family’s search for new quarters.

According to local legend, Lillian and her aunt, Jane Raycraft Campbell, were the original brain-storming pair who came up with the concept for the fundraising Candy Dance in 1919. But it turns out the truth may be a bit more nuanced.

Some say Genoa already enjoyed a traditional fall Harvest Dance every year — locally known as a “Thrashers Ball.” At least one local claimed the initial idea for a fundraising dance was the brainchild of the “Hot Stove League,” a group of local men who passed the time at the General Store. Still others say that Lillian herself had the idea, inspired by a dance she attended on a cruise ship, where silver trays of candy were passed around among the dancers. 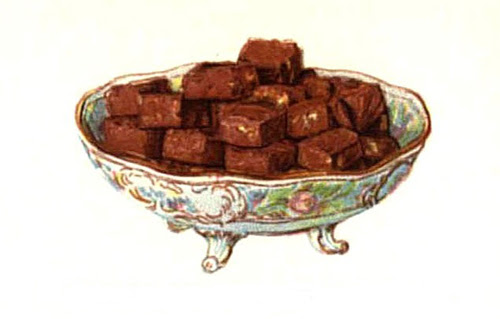 However the idea for the dance originated, locally-made candy was indeed a treat at Lillian and Jane’s initial fundraising dance in 1919 — though it was not the advertised focus of the event. But after Lillian and Jane began treating guests to tasty treats crafted by the local ladies of the town, it didn’t take long for the name “Candy Dance” to emerge. Genoa historian Billie Rightmire believes the name was officially bestowed sometime about 1923.

Nobody ever talks much about Lillian’s husband, Louis Serratt Finnegan. They were married in 1907, when Lillian was 28 years old and Louis Finnegan a good twenty years older. Finnegan is sometimes described as a wealthy miner from Goldfield and Tonopah. But as his obituary put it, he actually “made and lost several fortunes” over his lifetime. Louis and his bride settled down in Genoa for a few years, then made their home in Southern Nevada for a few years more, before eventually returning home to Lillian’s beloved Genoa. In later life Louis gravitated to Texas, where he was said to be “engaged in the contracting business” as a mining middleman.

Lillian’s mother, Mary Virgin, passed away in 1918. Judge Virgin was getting on in years, and Lillian returned to live at the Pink House to care for him. Then in 1926, Lillian’s husband Louis died suddenly in Texas. Her father, Judge Virgin, passed away two years later, in 1928, at the age of 93. Lillian herself lived another decade. Too ill to attend one last Candy Dance in 1937, she passed away in February, 1938 at just 59 years of age. Lillian, her parents, and her husband all are buried in the Virgin family plot at the Genoa Cemetery.

This year marks the 100th anniversary of that first special Candy Dance in 1919. And oh, Lillian would have loved the Centennial attention for the event she helped to start so many years ago! 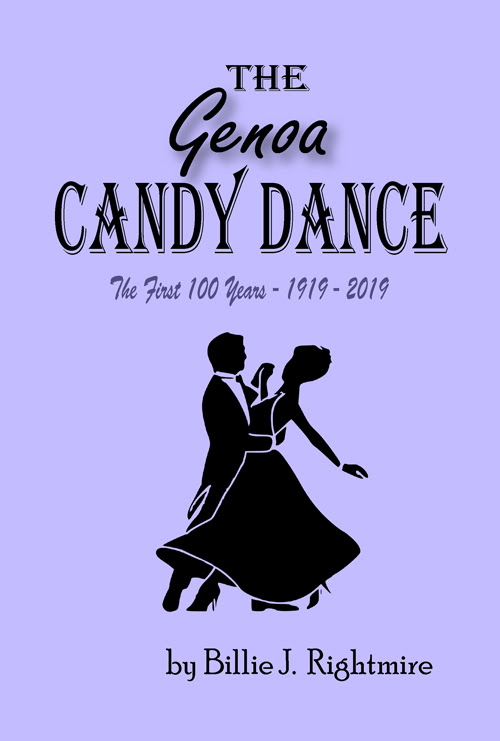