Call it the Hand of Providence.  How else to explain a fragile ceramic figurine surviving one of the worst disasters to hit Genoa, Nevada — and making it through another 132 years, too?! 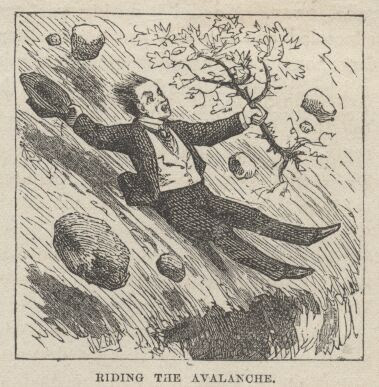 As you may remember, the Great Avalanche of March 17, 1882 wiped out several Genoa homes — and took at least ten lives. [In case you missed it, here’s our earlier story about the avalanche: https://clairitagecom.wpengine.com/2018/10/12/genoas-avalanche-of-1882/]  Casualties included Mr. and Mrs. Nimrod Bowers, whose bodies were discovered buried in the debris of their flattened home.

The Bowers* were a German couple who’d settled in Genoa in 1864, after crossing the plains with the same wagon train as the G.W.G. Ferris family. But the tragic avalanche wasn’t quite the end to the Bowers’ story.

Sometime after the disaster, neighbor Mary Raycraft Virgin was examining the ruins of the Bowers’ home. And there amid the chaos and destruction she discovered a small porcelain figurine of the Madonna and Child — nearly unbroken except for one tiny chip. Mary eventually handed down the fragile and beautiful statuette to her daughter, Lillian Finnegan, who in turn gave it to her aunt, Annie Raycraft, who later passed it to her daughter, Josephine Raycraft Hellwinkel.

Imagine how excited we were to learn that the statue that survived the Genoa Avalanche still exists! Today it occupies a place of honor at the home of Josephine’s granddaughter, Donna Jo Hellwinkel. And it’s just as beautiful today as the day that Mary Virgin rescued it from the ruins.

Delicate details on the figurine are embellished with gold, and the features of the faces are delicately tinted. There seems to be no maker’s mark to identify where the figurine was made. But the Bowers were Catholics, and this little religious statue could well have accompanied them when they emigrated from Germany. We’re so grateful that the family has allowed us to share this photo of the precious statue with you!

And that isn’t quite the end of the Bowers’ story, either. Somehow, the Hand of Providence reached out yet again as we were working on this story. Thanks to Dangberg Home Ranch Historic Park, we learned that photos of Mr. and Mrs. Bowers themselves still exist, too! 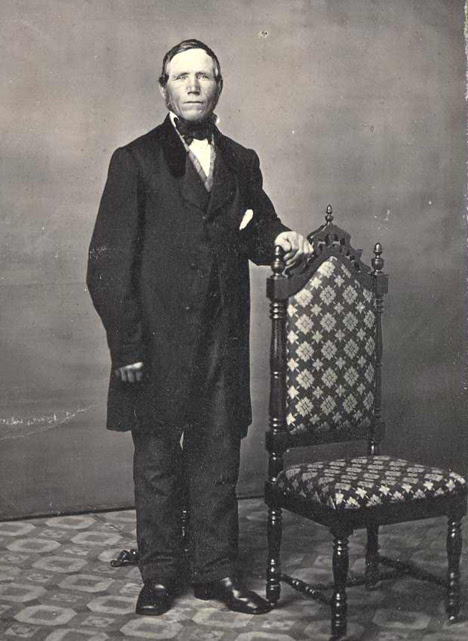 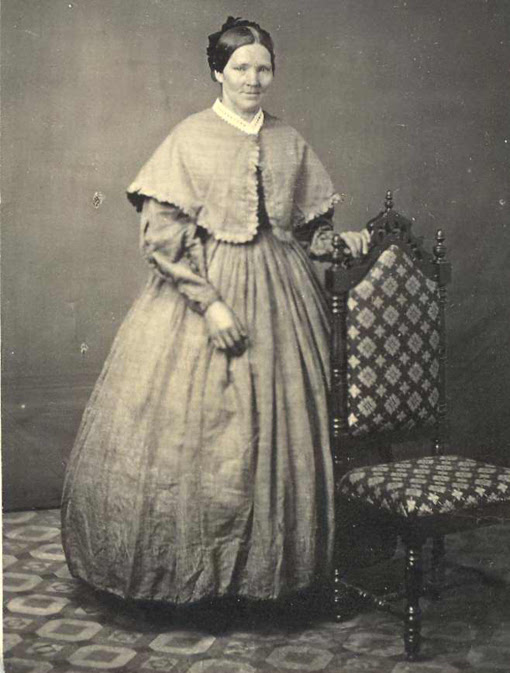 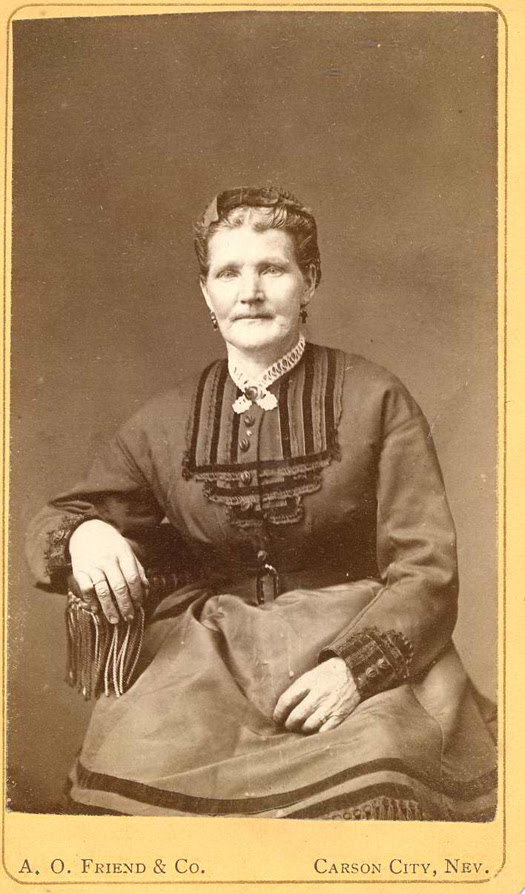 The graves of Mr. and Mrs. Bowers at Genoa Cemetery are presently unmarked. But if you’d like to visit, they’re resting in Section F, Plot 15 — just downhill and a teensy bit north of Snowshoe Thompson’s grave.

Although the Bowers’ lives were cut short by the avalanche, somehow the “hand of Providence” made sure that these tiny pieces of their lives survived (as one newspaper story put it in 1947), “whole and beautiful and safe.”

_______
Grateful thanks to Marlena and Donna Hellwinkel and to Mark Jensen, Curator of Dangberg Home Ranch Historic Park, who kindly provided information and photos for this story!

*The Bowers’ names are spelled many different ways: Meinrod, Nimrod, and Minrod; and Bower, Bauer, and Bowers. It’s thanks to Dangberg Home Ranch Historic Park that we know the name of Mr. Bower’s wife: Margaret. What luck that another Margaret — Margaret Gale Ferris Dangberg — wrote Mrs. Bowers’ name on the back of her photo!

Karen Dustman is a published author, freelance journalist, historian, and story-sleuth. For more about Karen, her books and other fun stuff she’s written, check out her author website: www.KarenDustman.com.