Did you know tiny Markleeville, California has a sister city? Well, not an official one. In fact, the two towns probably have no idea they’re even related. But Newman, California and Markleeville share a common heritage.

The link that binds them? The man who gave the town of Newman its name. Here’s the tale!

Simon Newman (Neumann) was born in 1846 in Willmars, in the Bavarian region of Germany.

Simon was 16 years old when he first set foot in San Francisco in 1862, traveling by way of Panama. His arrival was courtesy of brother-in-law Solomon Wangenheim, who owned a store in Virginia City and put Simon to work for him in that bustling Comstock town.

Then in 1864, Solomon opened yet another store – in Markleeville. The store originally sat in the lower section of Main Street just south of Montgomery Street. But by 1866 “Wangenheim’s” had moved a few lots north to the northwestern corner of Main and Montgomery (today a vacant lot across from the well-known Cutthroat).

Goods sold included “fancy and staple” dry goods, as well as mining and farm implements. Need boots, bacon, or butter? Wangenheim’s was your store. Here you could find powder and fuse; revolvers; crockery; even stoves, doors and windows. And, of course, liquor!

Brother-in-law Simon Newman was not only employed at Wangenheim’s Markleeville store as a clerk; he also lived in the back.

One night in July, 1866, a fire broke out in the store – caused, it was said, by rats or mice “capering over the friction matches.” (Which gives you some idea of the pest problem!) Newman and a fellow clerk sleeping in the  store managed to escape with their lives by jumping out a window. The St. Bernard dog who had alerted them to the flames was (sadly!) not so lucky.

The store had no insurance and the loss was estimated at an astonishing $20,000. But Wangenheim was determined to rebuild. He was back in business within weeks. As for Simon Newman, perhaps it’s no surprise that from 1866-67 he thereafter volunteered as Secretary for the Alpine Hook and Ladder Co. No. 1.

Biographers have described Simon Newman as “frugal and ambitious.” They should have added hard-working! In 1868, Newman purchased the store in Markleeville from his brother-in-law for $1,000. And in 1869, at just 23 years old, Newman opened another store at Hill’s Ferry, California, on the San Joaquin River. (According to family lore, he leased out the Markleeville store, providing a second source of income for his family until 1885, when another devastating fire swept through Markleeville and destroyed the building.)

After moving to Hill’s Ferry, Newman began lending money to local ranchers, securing his loans with an interest in the crops. By 1877 he not only owned his store but also a 4,000-ton grain warehouse.

Simon Newman married in 1877 and moved to San Francisco, commuting Hill’s Ferry by train every week. (Did I mention he was hard-working?!)  He continued amassing ranch land, sheep and cattle interests. And when the Pacific Railroad decided to extend its line into the San Joaquin Valley, Newman donated 320 acres for the railroad – founding a townsite at the railroad’s terminus.

And how did Newman market his new town? Ever the entrepreneur, he arranged for a special train to ferry potential land purchasers and investors from Oakland to the townsite on April 28, 1888. A free picnic was provided, and lots were auctioned off. Originally called Sanger (not to be confused with the other Sanger near Fresno), the town today is known as Newman.

Simon Newman passed away of apoplexy (stroke) at just 66 years of age in 1912, and was buried in Home of Peace Cemetery in San Mateo County. But the town he founded still honors his name.

Just where is Newman? It’s located on State Route 33 between Gustine and Crows Landing. If you don’t know where those are (I didn’t!), it’s 35 miles southwest of Modesto, and just east of I-5.

Today, Newman dubs itself the “Jewel of the West Side” of the Central Valley. And it’s well worth a visit. With a population of about 11,000 citizens, it prides itself on retaining its small-town charm. There’s an annual Fall Festival; a vibrant historic downtown; a restored 1940s theater; and a district filled with beautiful Victorian homes.

There’s also a fabulous brick Museum (1209 Main Street, Newman) – open only Wed 12:30 – 4:30 or by appointment. Check out the wooden fire tank and farm equipment in the fenced yard behind. 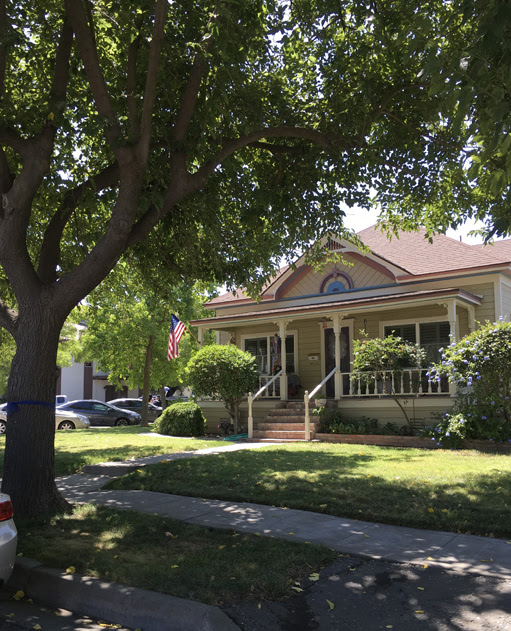 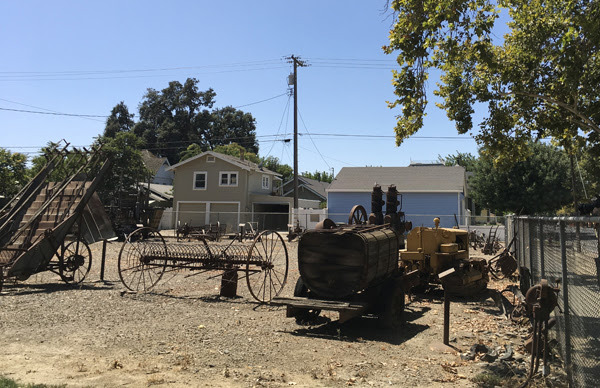 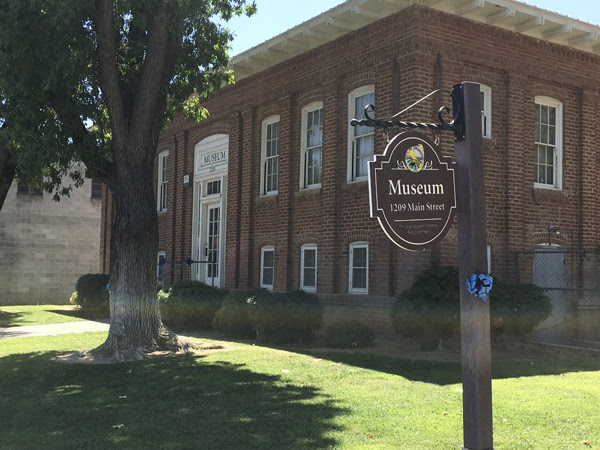 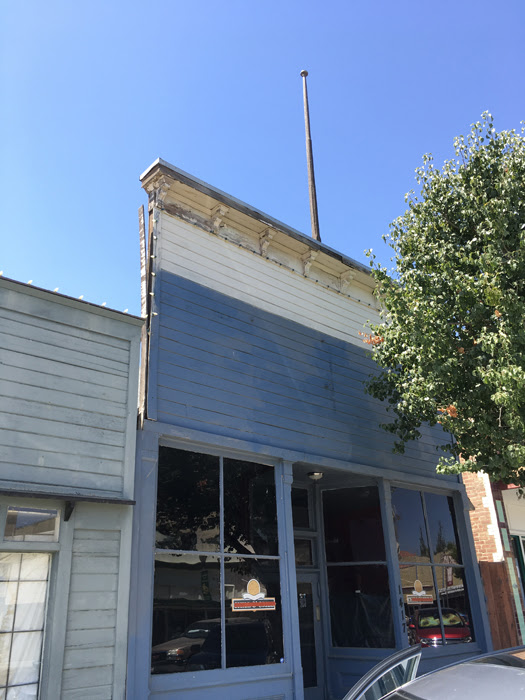 Best of all, the historic Newman Store Building is still here (see pictures below), at the corner of Hwy 33 and Fresno Street. And if you stop by, be sure to look for Simon Newman’s name, written in tile in its entryway.

Whether you know it or not, you’re sister cities. And you both have hard-working emigrant Simon Newman to thank for it.