This beautiful old Victorian home sits just south of Genoa. It’s known as the Dake House, and it’s listed on the National Register of Historic Places. But it’s notable for yet another reason, as well: this is also said to be one of the most haunted sites in Nevada.

And given its history, there’s are a few good reasons why a ghost or two might be hanging around! 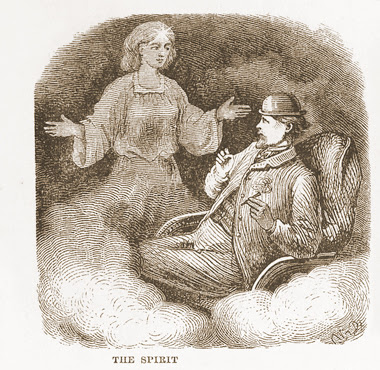 Charles W. Dake served as a local undertaker for many years (though he listed his occupation simply as “carpenter” in the 1880 census). He did indeed work as a carpenter, building a railing for the Genoa courthouse, and a bridge in Smith Valley, for instance. Surprisingly, however, he didn’t actually build his own coffins in his second career as an undertaker; those were shipped in, already assembled.

A native of Canada, Dake had initially settled in Alpine County, California, after moving west in the 1860s. By 1866 he and his wife, Harriet, were living in the silver mining boomtown of Silver Mountain City. There he became an Alpine County supervisor, even serving as Chairman of the Board from 1868-69. The Dakes already had four children; their fifth baby, named Charles after his father, was born in 1869 while the family lived in the snowy Alpine mountains.

By the time of the 1870 census, Dake and his family had moved to Monitor, where he found employment as superintendent for the mill at the Globe Mine. Like other eager miners, Dake invested a bit in the local mines. But after the Globe Mine shut down “temporarily” Dake moved on, purchasing his property here in Genoa about 1872.

Dake is believed to have built this house himself. But he wasn’t the first settler to actually live at this site. According to old-timer Harry Hawkins, an elderly African-American man had once lived at this site. That fits with the story that an early log cabin once sat here, before Dake came along. According to Hawkins, the property’s former owner died and was buried just north of the present-day house. Sadly, Hawkins recalls that someone later built a rock fence right over the man’s grave.  Well, that might explain why at least one irritable ghost would still occupy this property!

During Dake’s time, his Victorian home did double-duty as the post office and as his Justice of the Peace office. Dake also had a barn and carriage house on the property.  The Dake property was sold in 1909 to Theodore and Clara Hawkins, and Clara reportedly planted the lilac bushes, snowball bushes, and fruit trees you can still see there today.

As for the undertaking parlor, well, that moved around a bit (literally!). In early 1888, Dake was renting space for his undertaking business in J.R. Johnson’s building in Genoa, just north of the butcher shop. That didn’t last long, however. Dake had already  purchased the  Audrain property next to his home in 1887, and had moved the former Audrain house closer to the road. In the spring of 1890, Dake moved his undertaking business there. It was conveniently close — and there’d be no rent!

Dake’s undertaking parlor made at least one more journey, too, before it was eventually demolished in 1958. In July, 1891, a heavy cloudburst washed the entire structure down the hill and into fields below owned by the Frey family. “The building was turned completely round and what was the south wing is now the north,” reported the Genoa Weekly Courier. Stories are still told today about coffins coming down into the field with it.

The disaster was no problem for those unsentimental old-timers, though; they simply dragged the wooden building back up to its earlier spot and set it back on its foundation. When the undertaking building was finally demolished for good in 1958, caked dry mud was said to be found still packed between the old floor joists.

And the ghostly encounters reported at the Dake House? Well, there’ve been lots of them!

Staff in the antique store have reported “phantom shadows.” The ghostly figure of an older woman has been spotted on the first floor, and some visitors claim to have smelled sweet perfume in the parlor. People say they’ve heard footsteps echoing from the empty upper floor. One visitor upstairs felt a distinct slap on the face – when no one else was in the room at the time.

But perhaps the most frequently re-told ghost story involves a beautiful oil painting. It appears to be an ordinary-enough still-life of a vase filled with roses. But it’s thought to be either an original or a duplicate of a “spirit painting,” created by a medium at a seance in San Francisco.

Given that an undertaking parlor once sat nearby, you can kinda understand why a few ghosts might be hanging around the property, right? And there could be other reasons for unsettled spirits, as well. There’s that unfortunate former owner with a rock wall now covering his grave. There’s the “spirit painting,” which may have come with its own unsettled spirit attached. And in addition to the bodies that passed through Dake’s undertaking parlor over the years there were the grieving spouses who came to his home.

But that’s not all. Dake’s wife, Harriet, passed away in Genoa (possibly even here in this house) in September, 1878. The precise day she died? You guessed it: Friday the 13th.

As for C.W. Dake himself, he passed away at the age of 79 in November, 1908. Records show he is buried in a plot near the top of Genoa Cemetery, along with wife Harriet, son Bert, and five other Dakes. Sadly, these family graves are currently unmarked. Like so many early ones, their headstones may once have been made of wood. There’s even a local rumor that C.W. Dake’s headstone may have been stolen long ago. Or perhaps you might say it was — spirited away!