Our tickets called it a “Speeder Excursion.” And a delightful (if not exactly speedy) ride into history it was, bumping along on the 114-year-old rails of the  Amador Central Railroad — one of the oldest continuously-running railroad lines in the country!

We gathered at Lane’s Station — a dirt pull-out on Highway 104, about 1.5 miles south of Ione. There we watched in awe as sheer muscle-power (and a pivot) were used to turn the cars around and get them facing in the right direction.

And before long we were boarding the restored and upgraded cars. All are “maintenance of way” work cars, to which comfortable seats have been added. The oldest (extensively rebuilt) was from 1937; some were World War II vintage; and one was originally in use in the 1970s. The Amador Central owns two of these beautifully restored railroad cars. The rest are privately owned by passionate railroad enthusiasts who make them available for special excursions like this.

Our host for the ride, Mark Demler, kicked off the tour with a fascinating thumbnail history of the Amador Central. Turns out its earliest roots go back to the late 1880s, when would-be founders intended to start an electric-powered railway. Eventually they realized that electricity wasn’t really practical for the route they had in mind.

And who knows just how serious they really were about creating a viable railroad, anyhow?! “Many of the 1880s and 1890s railroad corporations were actually scams,” Demler told us. “They’d set up to sell stock or take donations but then lay no actual track — and eventually declare bankruptcy. So eventually the state prohibited railroad companies from making any stock offerings until they at least made a survey of the route, first.” 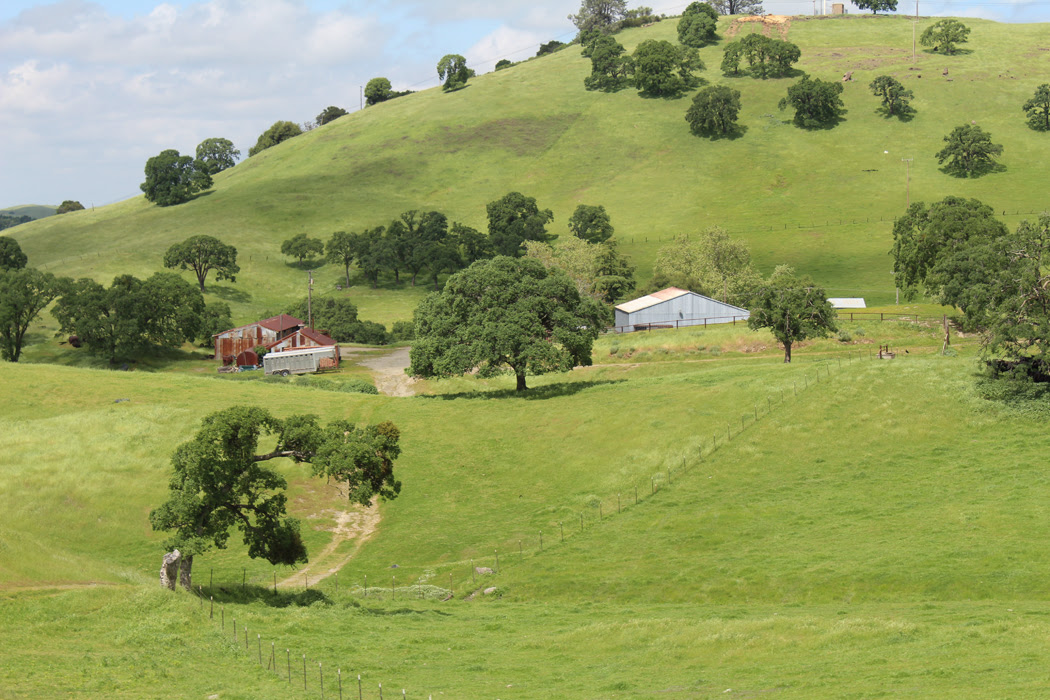 Undaunted by their early mis-steps, backers of the new railroad managed to complete the necessary railroad survey in 1890, finally incorporating in 1904 as the Ione & Eastern. Becoming an official corporation allowed the promoters to begin selling stock. Even more important, it allowed them to start borrowing money. Short-term bonds were issued to help finance the new railroad line. Track-laying began in 1904, and a short first run took place in 1905.

But expenses were big and profits were small. When those short-term bonds came due in 1908, the company found itself unable to pay. The Ione & Eastern was in a financial mess.

Luckily, a man from Sutter Creek named Erickson stepped forward, acquiring the railroad’s right-of-way by paying off the defaulted bonds. He renamed the railroad the Amador Central. Things were looking up a bit. Erickson passed away just a few years later. But his thrifty wife, Meta, stepped in and managed to not only keep the railroad running but make it solvent.

In its early days, the railroad hauled aggregate, brick, and lumber. (Ione was known for its high-quality clay and quarry goods.) During the WWI-era, the line carried heavy mining equipment like pumps and replacement gears to the Kennedy and Argonaut mines. In the 1930-1950s, the Amador Central began hauling goods for the newly-prosperous local lumber companies. And in later years, it ferried passengers up the hill, too, becoming the “bus” taking kids to and from the local high school (a practice that ended in the late 1930s).

A local lumber mill owner acquired the railroad in the 1980s, renaming it the Amador Foothills. He kept the business name when he sold the railroad a few years later, so another name change was required for the line. And what better name than its early-day moniker, the Amador Central?! A group of passionate railroad buffs incorporated under the Amador Central name, leased the line for five years, then finally bought it in 2010 (in partnership with the Amador Historical Society) for just $1. The group successfully petitioned the Federal Railroad Administration (FRA) to officially change the name.

“The community has been very generous in supporting the line,” Mark Demler tells us. “Local companies donate rock and aggregate for the rail bed, and local contractors sometimes do grading for us at cost or for nothing.” When a slide occurred recently, the Jackson Rancheria casino trucked in a quarter of a million dollars of rock to help stabilize the hillside — for just the cost of paying the truck drivers!

Total length of the Amador Central’s line today, from end to end: ten miles. But, oh, this short line still boasts major bragging rights! It’s now licensed by the Federal Railway Administration as a true passenger railroad — technically, a “class one non-insular tourist railroad.” The complete route climbs over 1,200 feet in altitude in its mere ten miles, making it one of the steepest railroads in America. Several of the grades are as steep as 4 percent (a rise of 4 feet in 100 feet traveled); for most other railroads, the max is just 1.5 percent (1.5 feet in 100). For a heavy train, that’s astonishing. “In the old days, they had to stop half-way down to cool the brakes off!” Demler notes.

Our six-mile round trip through the beautiful rolling hills took just about an hour. It would be an especially fun trip for kids — though they must be 5 or older to board the cars.

Short excursions like the one we took depart the second Saturday of most months, through November, at 10 a.m., noon, and 2 p.m., and cost a mere $10 bucks. Longer, full-length runs are also offered three times a year. Sunscreen, closed-toed shoes and water are recommended. For more information and a flyer, visit www.amadorcentralrailroad.com.

Enjoyed this bit of history? Hope you’ll SHARE it with your friends — and tell them they can sign up for our history newsletter FREE at Clairitage.com!